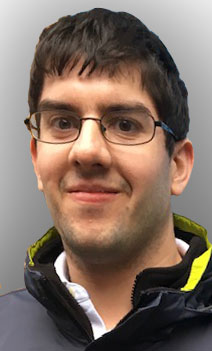 Ben Hernandez is an honors graduate of Caldwell University with a degree in Communications. He also spent many months under the close tutelage of former CBS News photographer Mark Brodie, (MIB Mediaworks), learning the fine art of editing.

Ben is amazingly proficient in the most complicated aspects of Adobe Premier, the gold standard for video production.

Ben comes from a family of journalists and is passionate about story telling.

Ben’s mantra: “We have all seen videos where the story feels contrived and unbelievable. As an editor what I work to present is a fresh and authentic portrait of the person, event, or situation. My intention is to ensure that the story is rich and memorable.“ 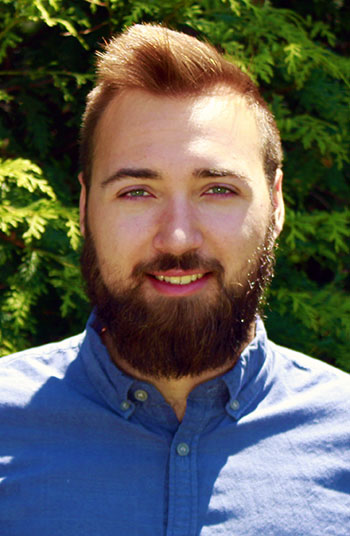 Aiden Wehrle is a graduate of Montclair State University with a degree in Television & Digital Media, concentrated in Television Production. Upon graduation he received an award for excellence in production from the dean of the School of Communications and Media. As a strong operation professional he has worked on numerous broadcast and field production projects that have aired locally across New Jersey as well as having local news coverage in Florida.

Part of his professionalism and knowledge comes from the months he spent studying under CNBC Vice President Steve Fastook, as well as interning for Montclair News Lab under former MSNBC news executive Mark Effron. Aiden is a passionate field producer and videographer who shows it through his drive and attention to detail, he is always striving to make the best content he can.

Victoria Ballinger is a graduate of Montclair State University with a degree in Television & Digital Media, concentrated in Television Production. Victoria has successfully produced coverage for a baseball game at Yogi Berra Stadium, coverage for Danceworks 2019 in Alexander Kasser Theater in Montclair, a mini documentary about her own family, and a half hour long episode of Carpe Diem, The School of Communication and Media’s own Gracie Award winning newsmagazine show.

Along with her ability and passion to produce television, in the field and in-studio, Victoria has knowledge working behind the camera and in the control room as well as being skilled at still photography. Victoria is looking forward to being a part of multiple productions in the future. She loves the energy and satisfaction she receives after watching her creations come to life.

Victoria has studied under CNBC Vice President Steve Fastook, and has interned at Fox 29 in Philadelphia as a News Dayside Intern.